Before I export my data from Skyline for data analysis, I have the following final things to do:

Some transition peaks look poor, but they are present. Here is an example of replicate data for the Superoxide Dismutase protein, showing the overall view and the zoomed view: 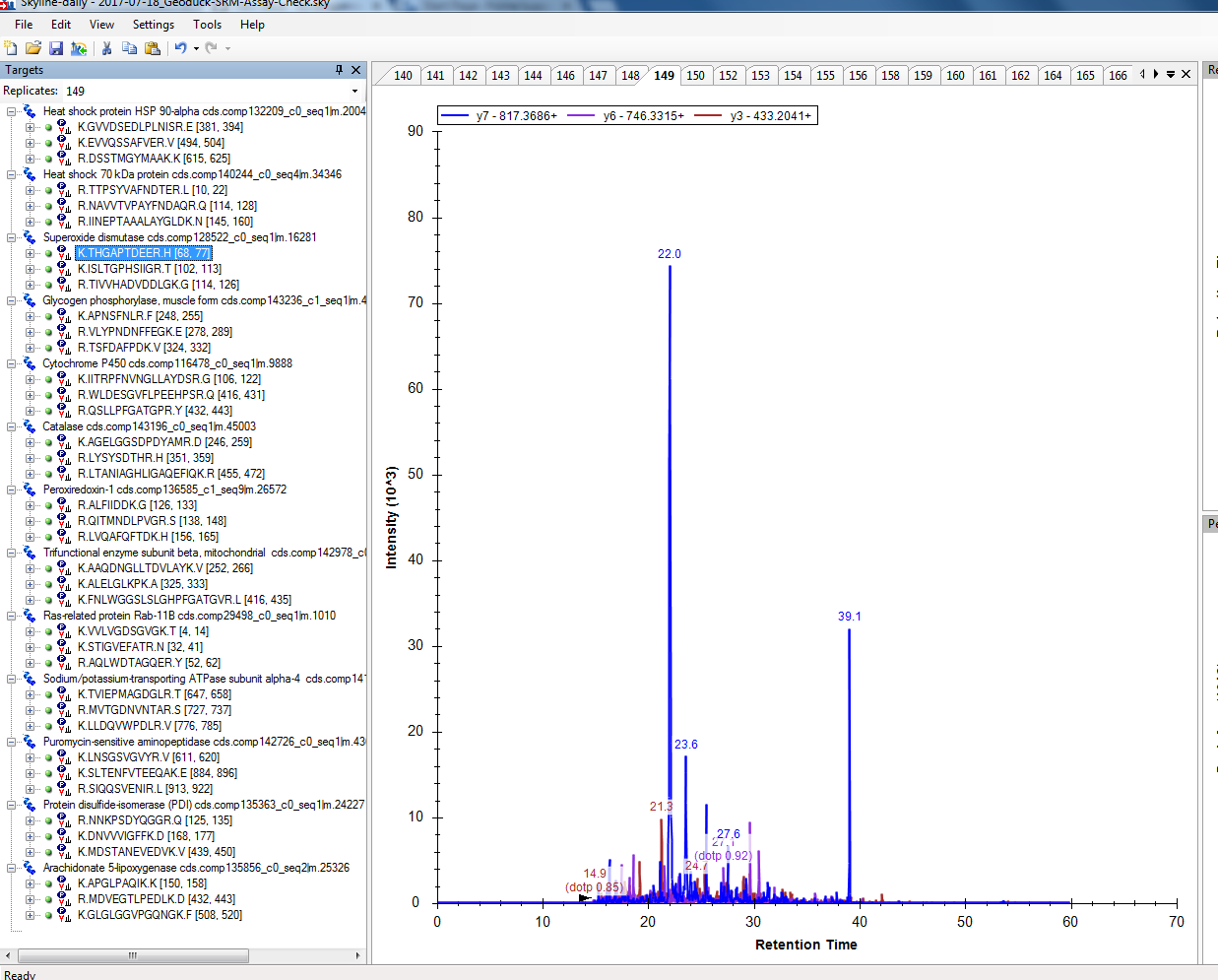 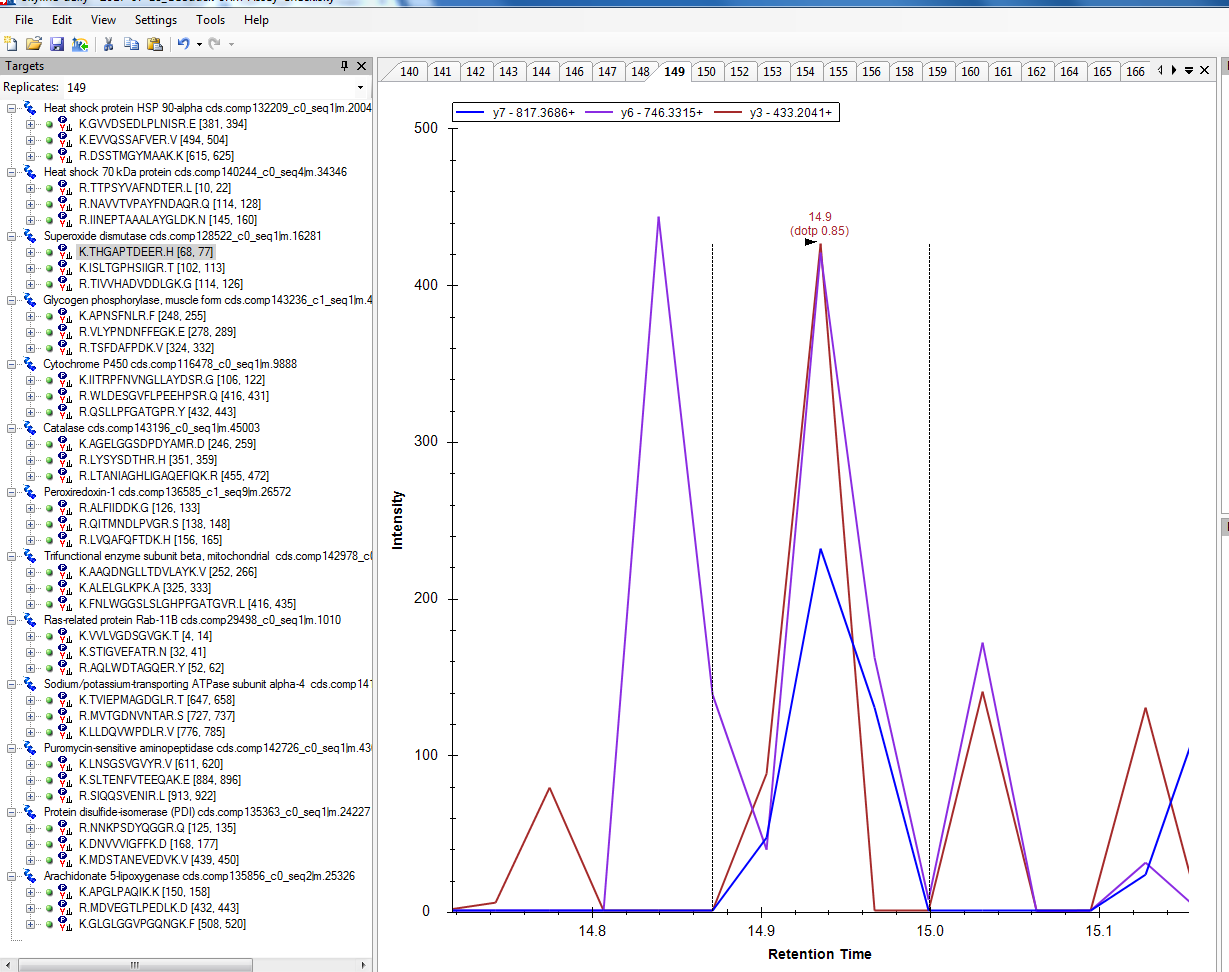 This is in comparison to the following replicate, where there is no peak present betwen RT 14-15: 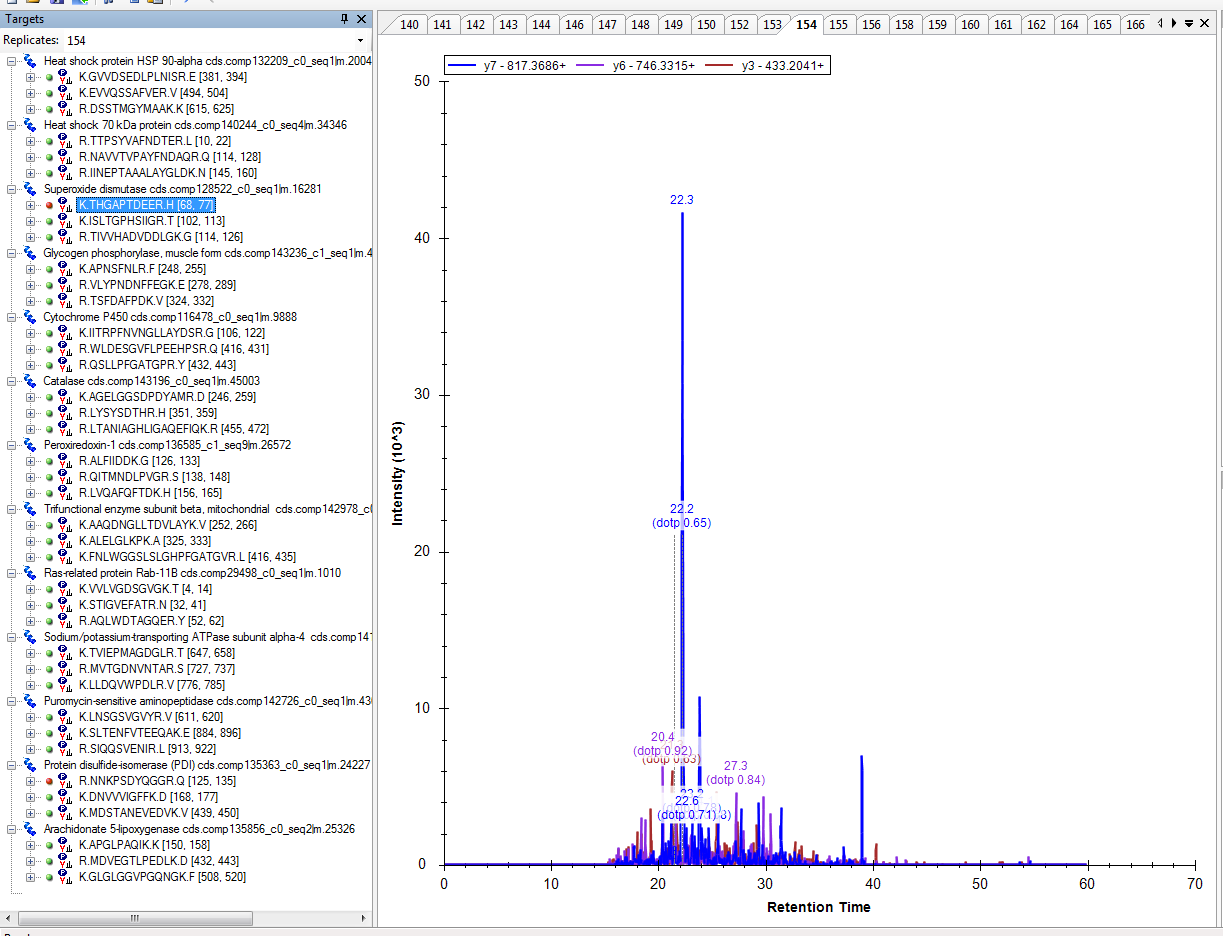 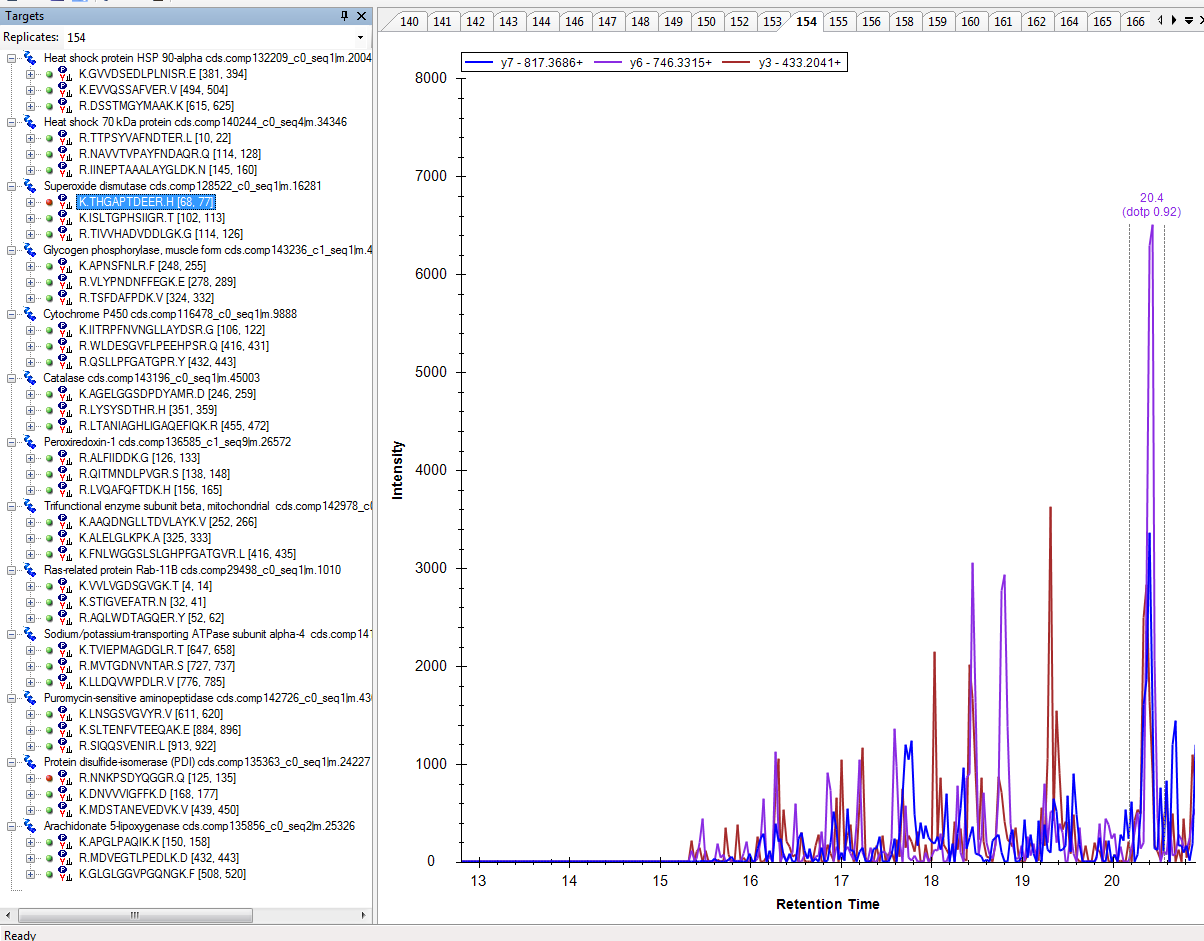 Not sure what to do in the situation where a peak is split into 2 peaks (as below); Skyline opted for the boundaries to encompass both peaks. I will do the same, as the total RT for both peaks appears to be similar to that of other reps: 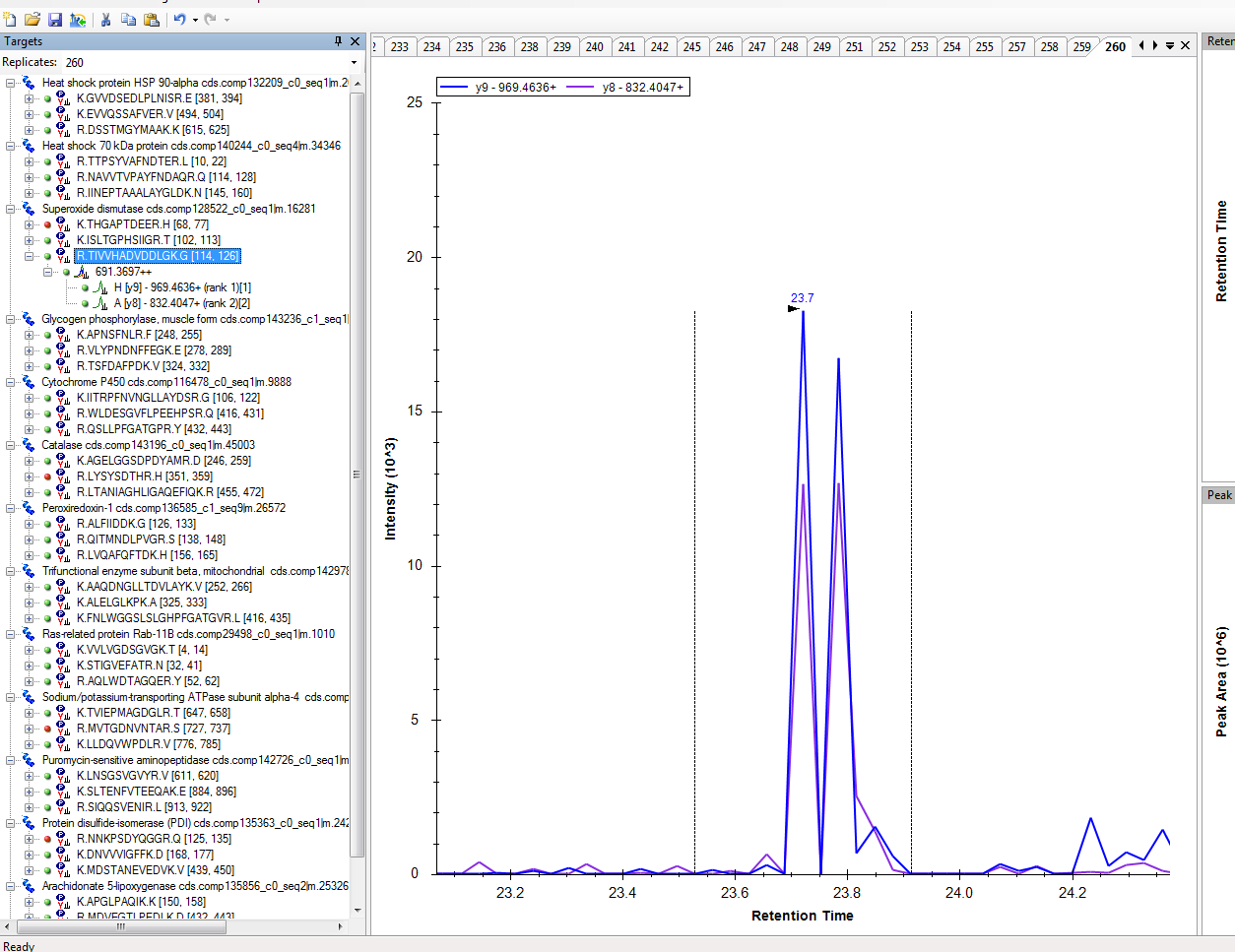 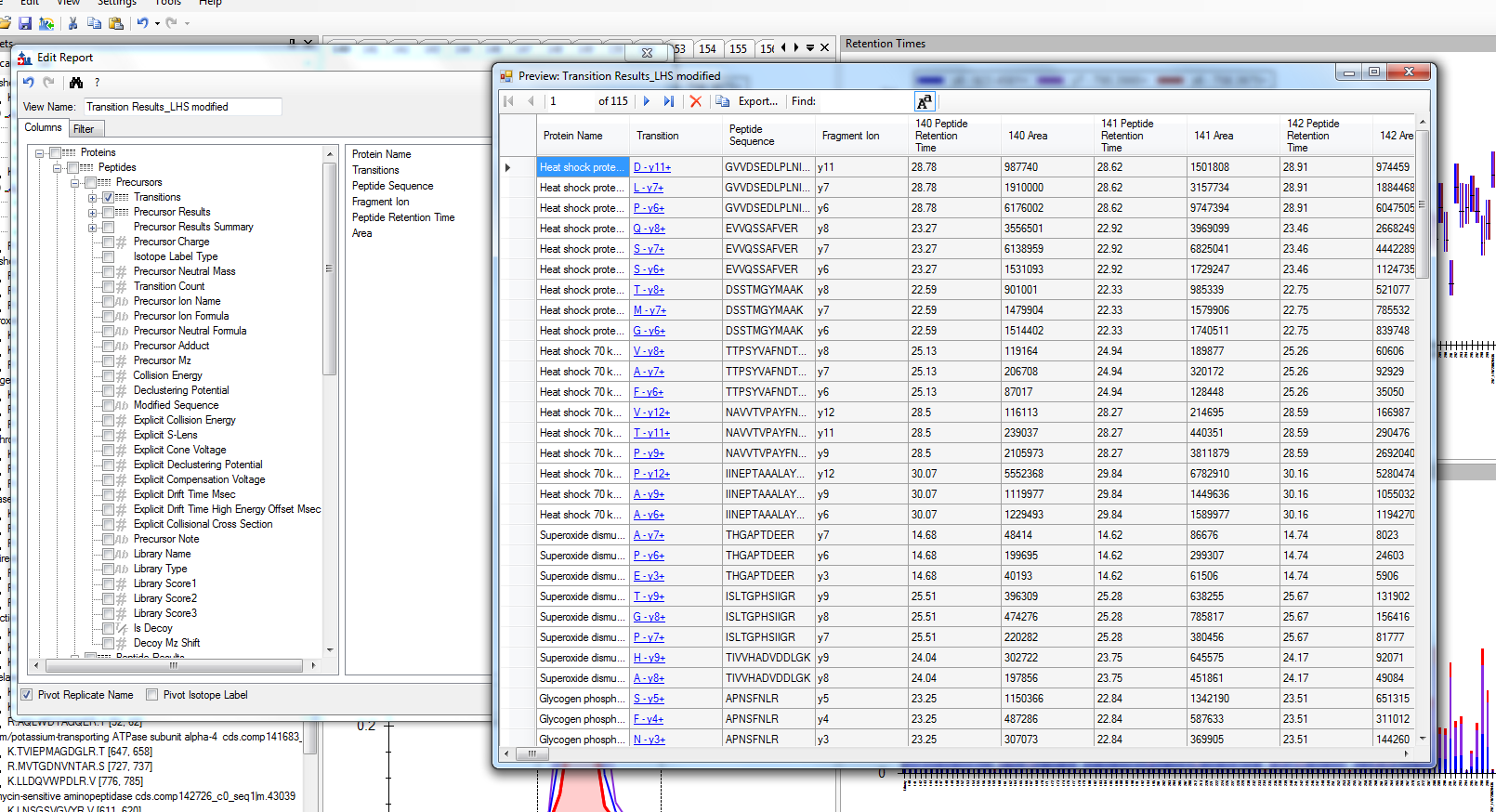 I then exported the same report, NOT pivoted by replicate name.

Then, I modified the report to remove retention time, and exported in both the pivoted and not-pivoted formats.

All files were uploaded to my Geoduck-DNR/Data repo: