Emma ran Pecan with my geoduck samples and produced a .blib file; the next step is to run the .blib and my sample files through Skyline.

I used the following references for this Skyline workflow: tutorial slidedeck for SRM and Emma’s suggested settings to import my files and the .blib.

Add the PRTC standard protein sequence to the end of my background proteome/database. These are both fasta files, undigested:

Add background proteome, aka protein database, to project. This is the geoduck gonad transcriptome fasta file with the PRTC protein pasted to the end of the file.

Work through the rest of the tabs with the following settings: 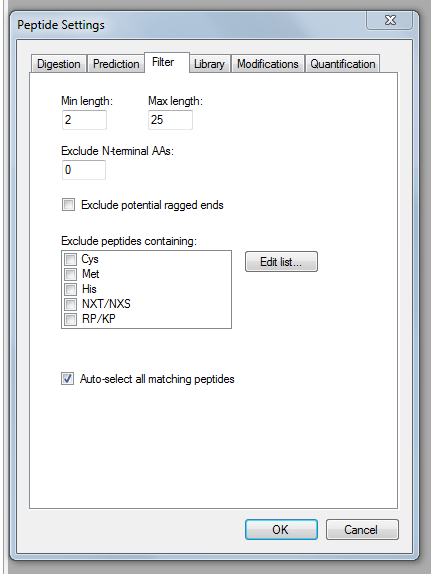 Under the LIBRARY tab, opened and selected the .blib file that was generated by Pecan. This file defines the list of proteins that Pecan found to be present in at least one of my geoduck sample files. 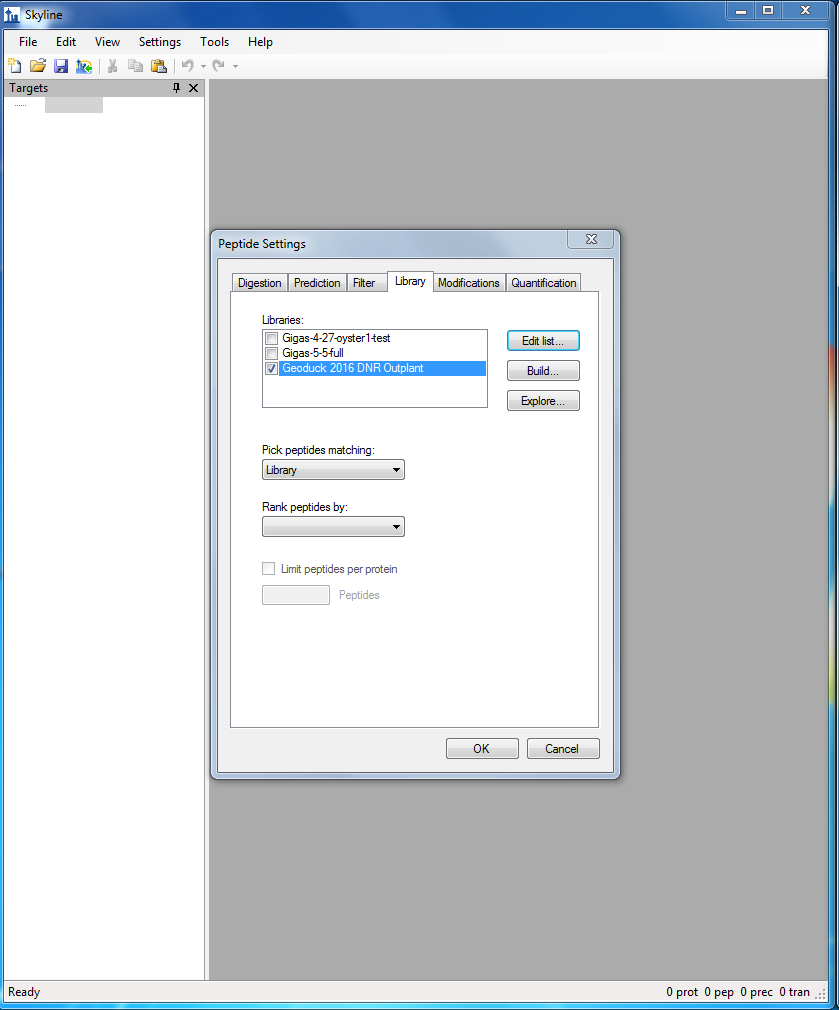 After adjusting all Peptide Settings, hit “OK.” Then, opened SETTINGS -> TRANSITION SETTINGS and adjusted all tabs as follows: 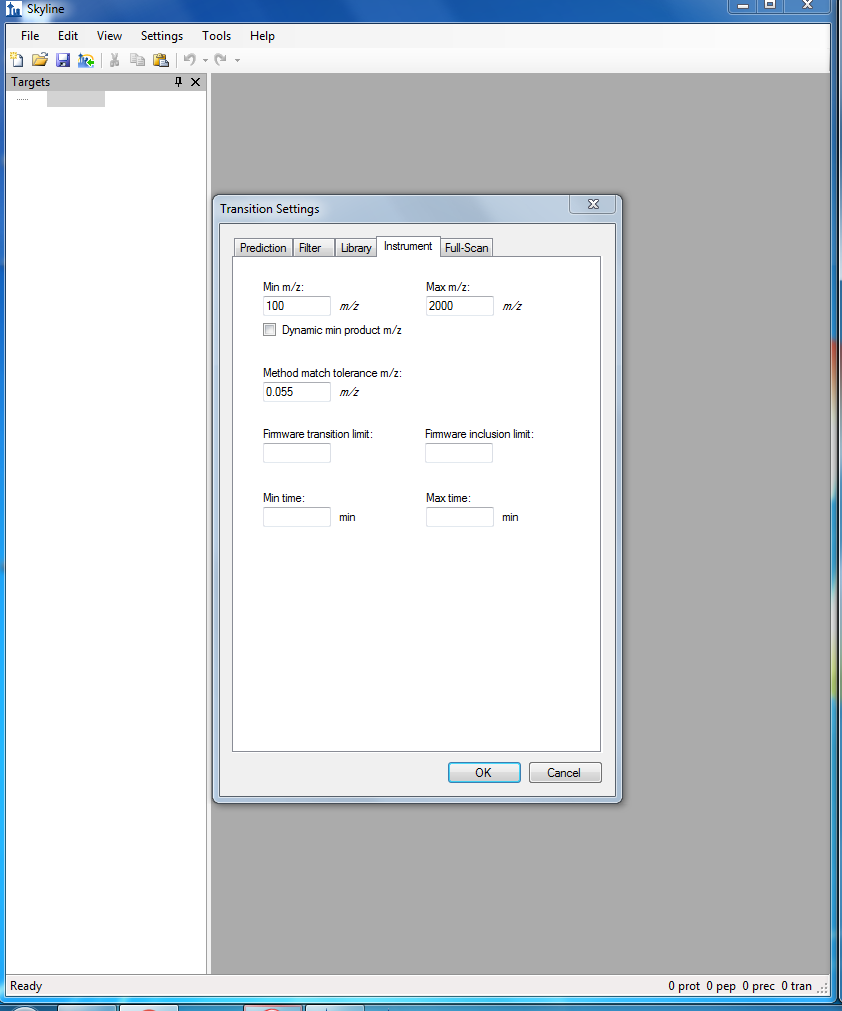 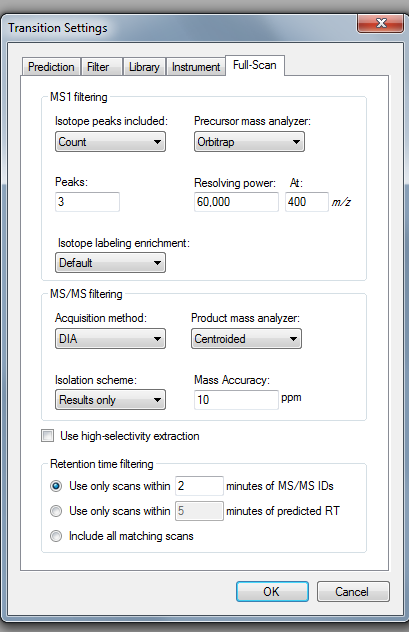 Select “OK”. Next step, import my background database, which is the fasta file I created earlier by combining the geoduck gonad transcriptome and the PRTC protein sequence. Do so by FILE -> IMPORT -> FASTA 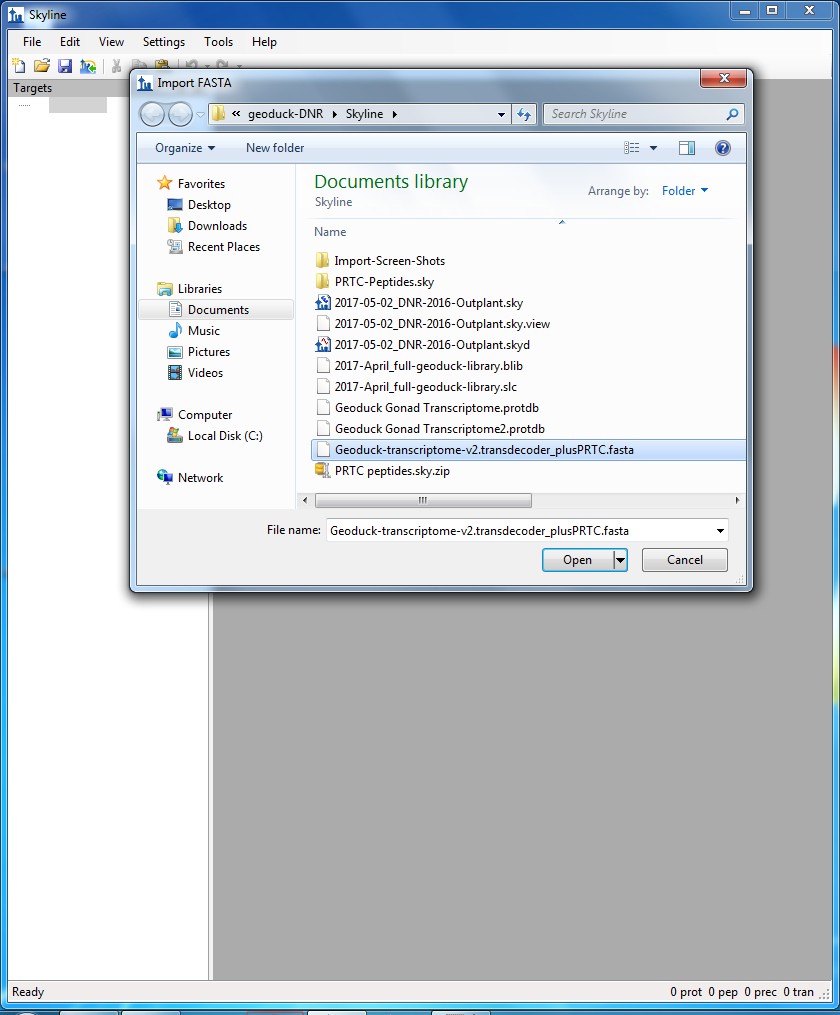 The fasta loads, tells you how many proteins were imported, then populates the left side of the screen with the protein “names” (protein ID from my fasta): 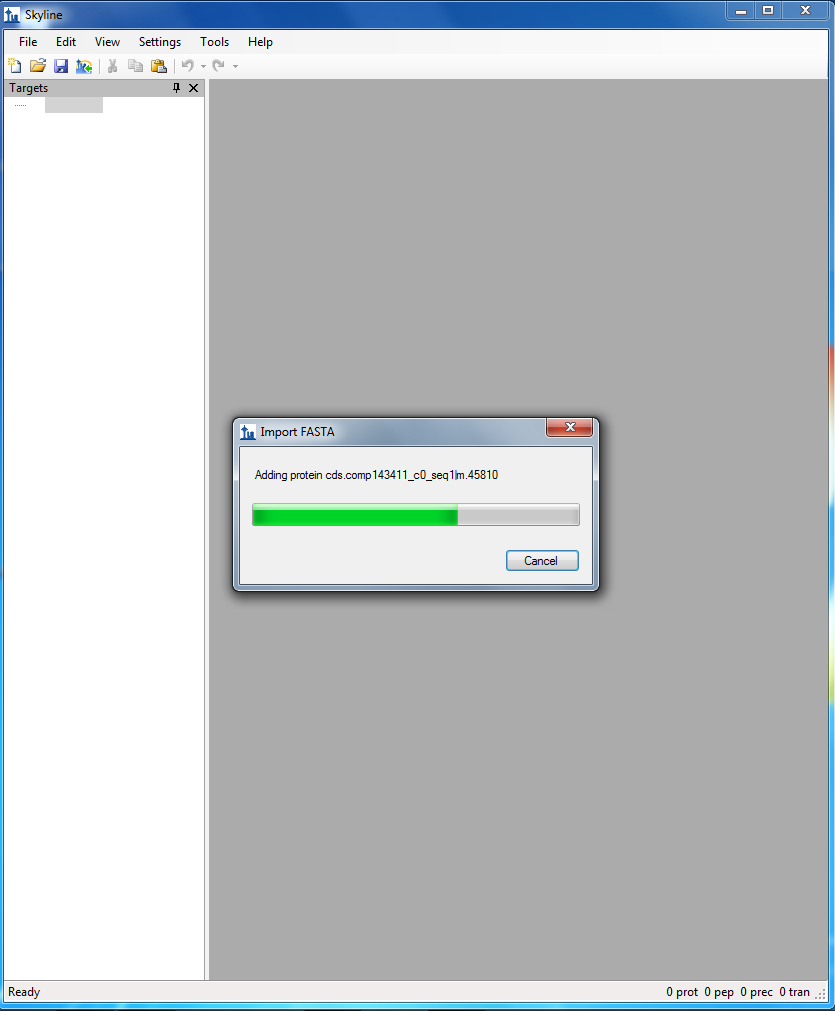 Now it’s time to import my sample files! According to the tutorial, since I demultiplexed my .raw files during the conversion step, I need to import the converted files into Skyline (as opposed to using .raw files). 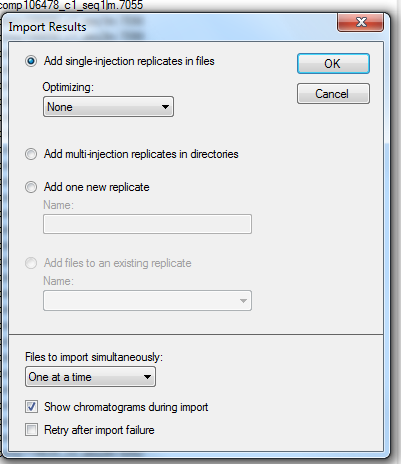 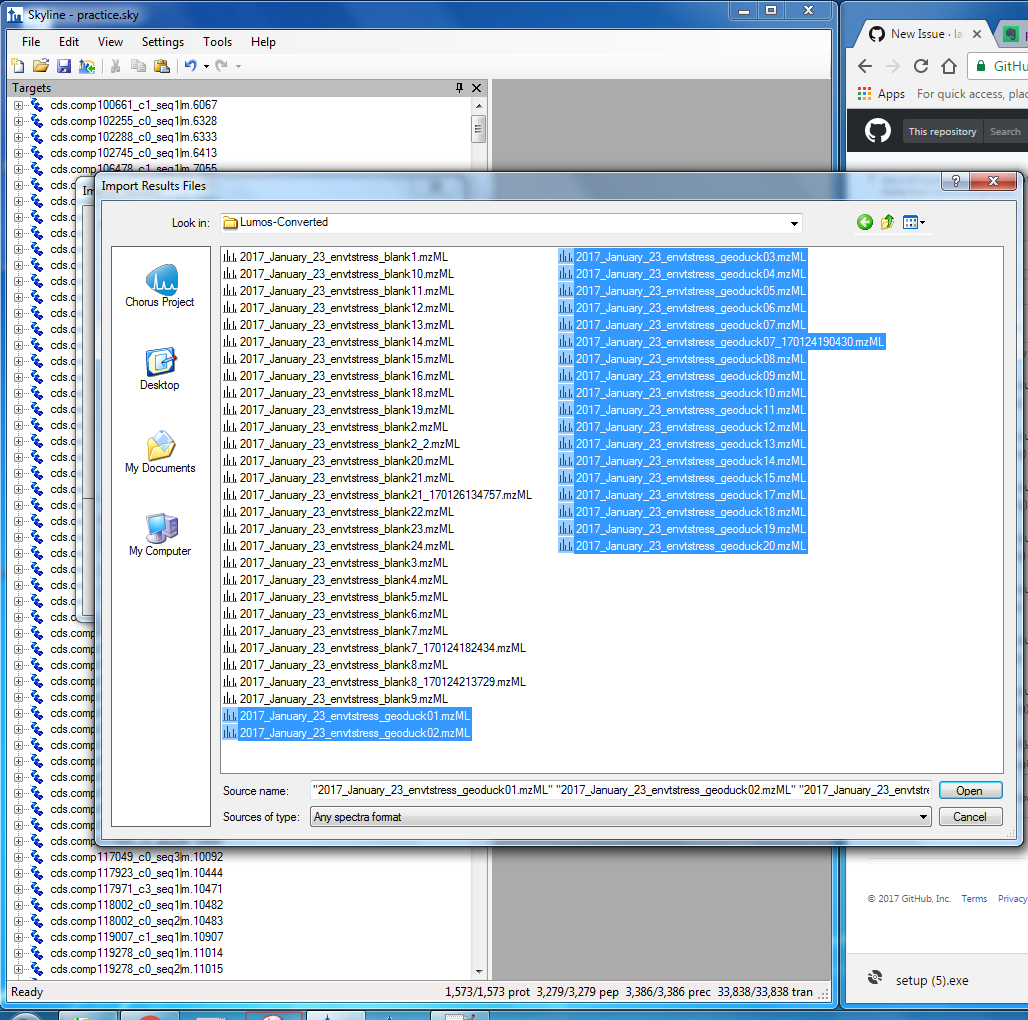