Steven joined me on this Saturday and helpd attended the gigas and helped me clean/screen larvae and buckets. Thanks Steven!

Upon arrival the outside silos were filthy, with a fine green film coating the bottom and clogging it; water levels were very high in the silos, but were not overflowing (phew). I rinsed the silos with fresh water, drained the tank fully and sprayed it with fresh water, and refilled. Fearing the film had cause mortality, I took a look at one population, K-10 Low. They look good! There are several juvenile seed at different sizes (see image). This group was one of the first to spawn, so the seed is one of the oldest. I did not look through the rest. 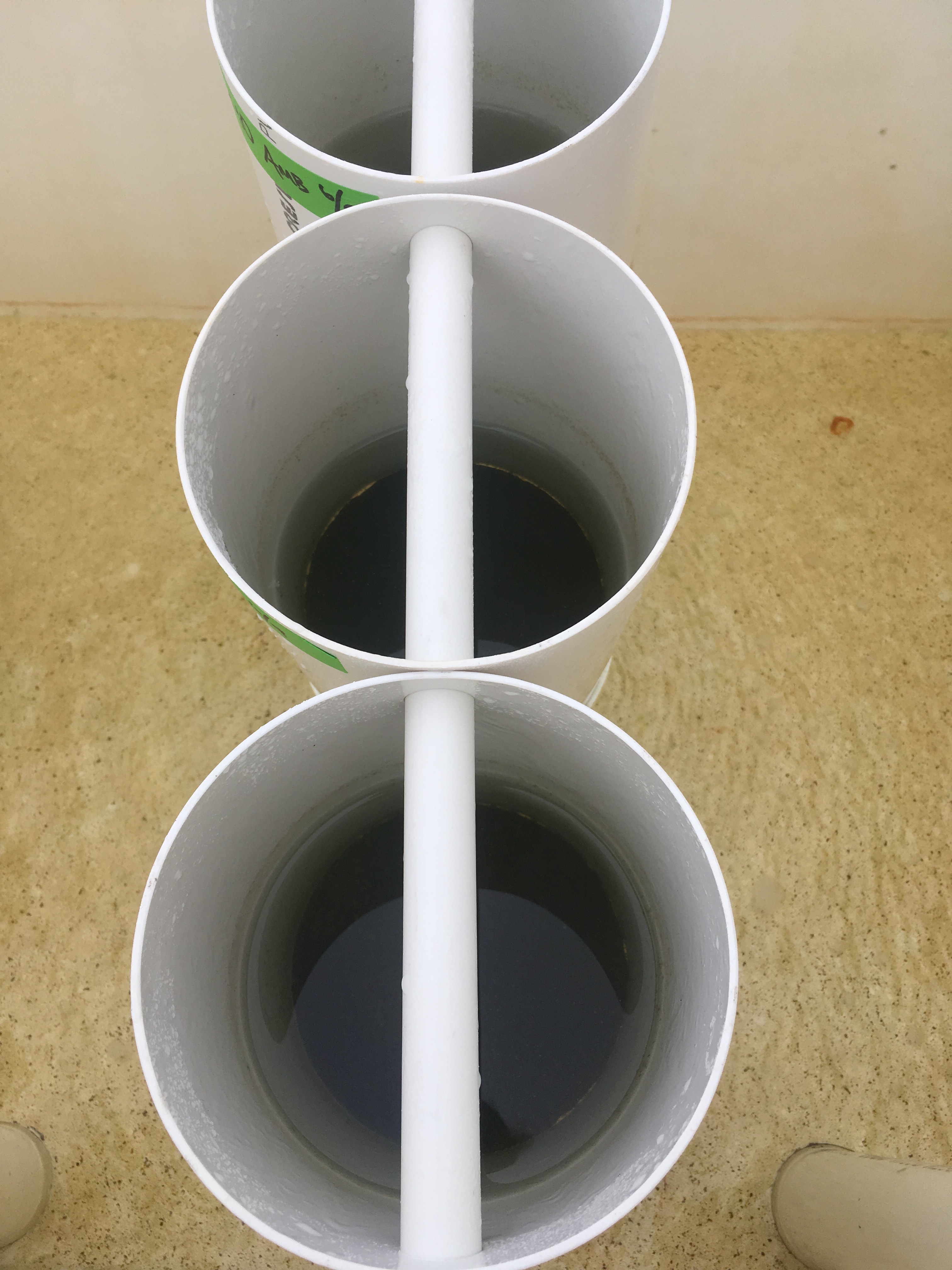 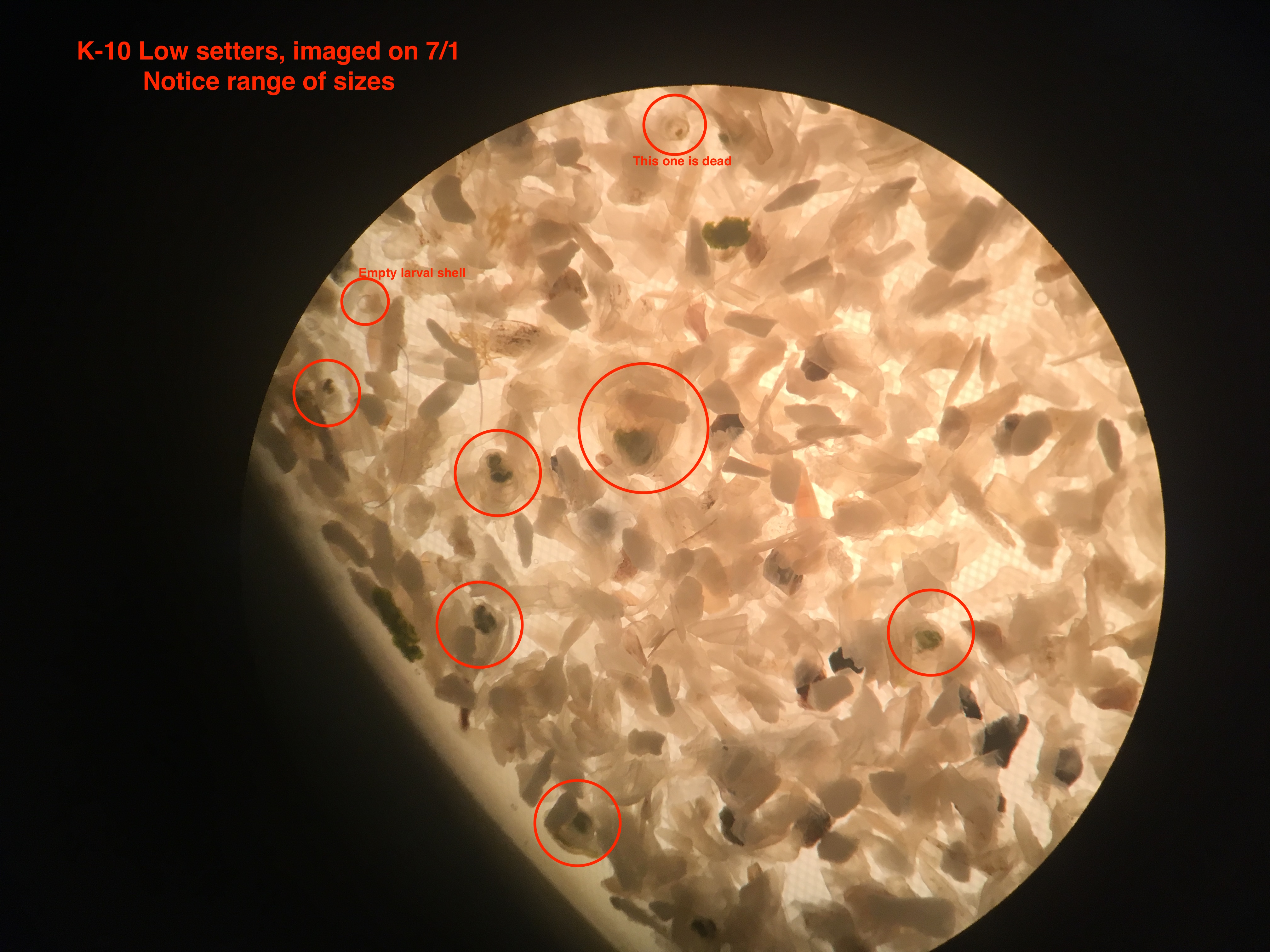 Pulled all silos, screened onto a 224um screen to remove anything <224, cleaned silos and put setters back. This was an effort to clean in preparation for the next batch of new 224 larvae on Monday.

Collected inflowing water from each broodstock’s dripper, and using hemocytometer I counted algae cells. Protocol: shoot bottle to mix, pulled 20uL 2x, injecting into both ends of the hemocytometer. Counted all cells in 3mmx3mm square (2 reps). Algae counts are below; I was happy to see that there wasn’t an enormous difference between top and bottom shelf of the small table, where the K & HL broodstock have been housed. Also, remember that I have randomly been moving all buckets around within their designated table/shelf.