My post-set Oly’s have been housed in upwelling silos in a tank at Manchester, fed algae produced by PSRF, since July. It’s time to get them out of there, since PSRF is really only producing algae for me, and they have potential plans to turn the water off for re-plumbing projects, etc. My task for today is to move the oysters to cages hanging off the dock.

I have 21 Oly groups, and need to keep them separate. I built envelopes in 2 mesh sizes: ~1600um (window screen), 450um. Some groups’ oysters have grown large enough to safely fit in ~1600um window screen, while some still have a few that are very small. Stuart advises that these small oysters will not likely make it through the winter, and growth will be minimal off the dock, since available algae is low starting in October. I’m going to give the small guys a chance, and will check them in early November to see if they have grown large enough to transition them to larger screen. If not, I may have to cull them, since the fine mesh size requires regular cleaning.

I screened my oysters first through 1600, catching anything that fell through on 450. If no oysters fell through I put them into the 1600 window screen. Created tags using pieces of pvc pipe with black sharpie labels. Will need to keep an eye on condition of tags. Then using the impuse sealer I closed the envelopes, and gave the oysters a last meal while I prepared the rest of the envelopes.

Making many envelopes took time. Here are images of the almost-final product, where oysters+tag (pvc piece labeled w/ sharpie) are in an envelope and I am using the impulse sealer to close the open end of the bag. Pro tip: when using the impuse sealer on mesh, press and hold until the red light turns off, continue to hold down for a few seconds to let the newly melted plastic cool. If you release right away, you will likely tear a hole in the envelope. 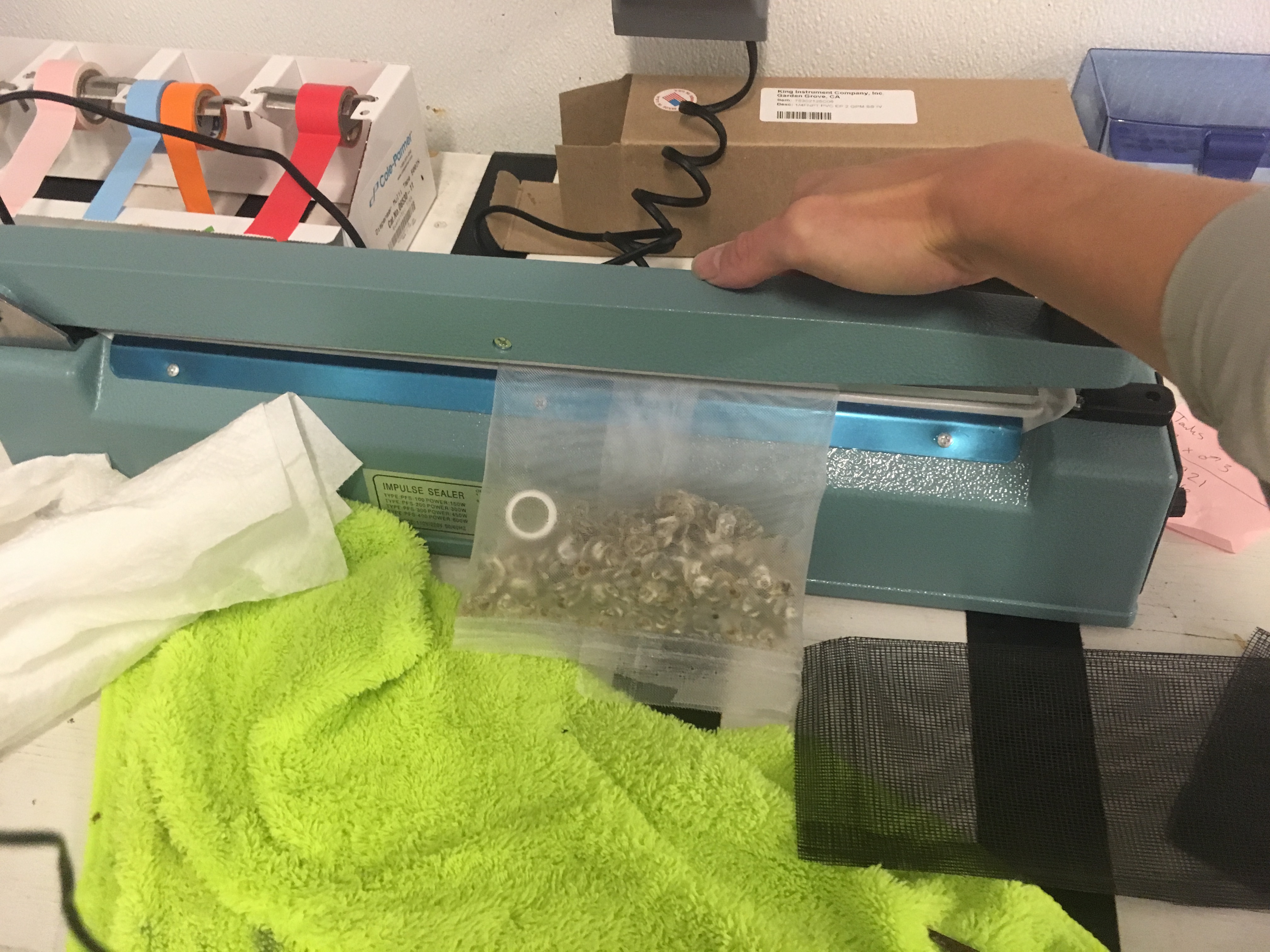 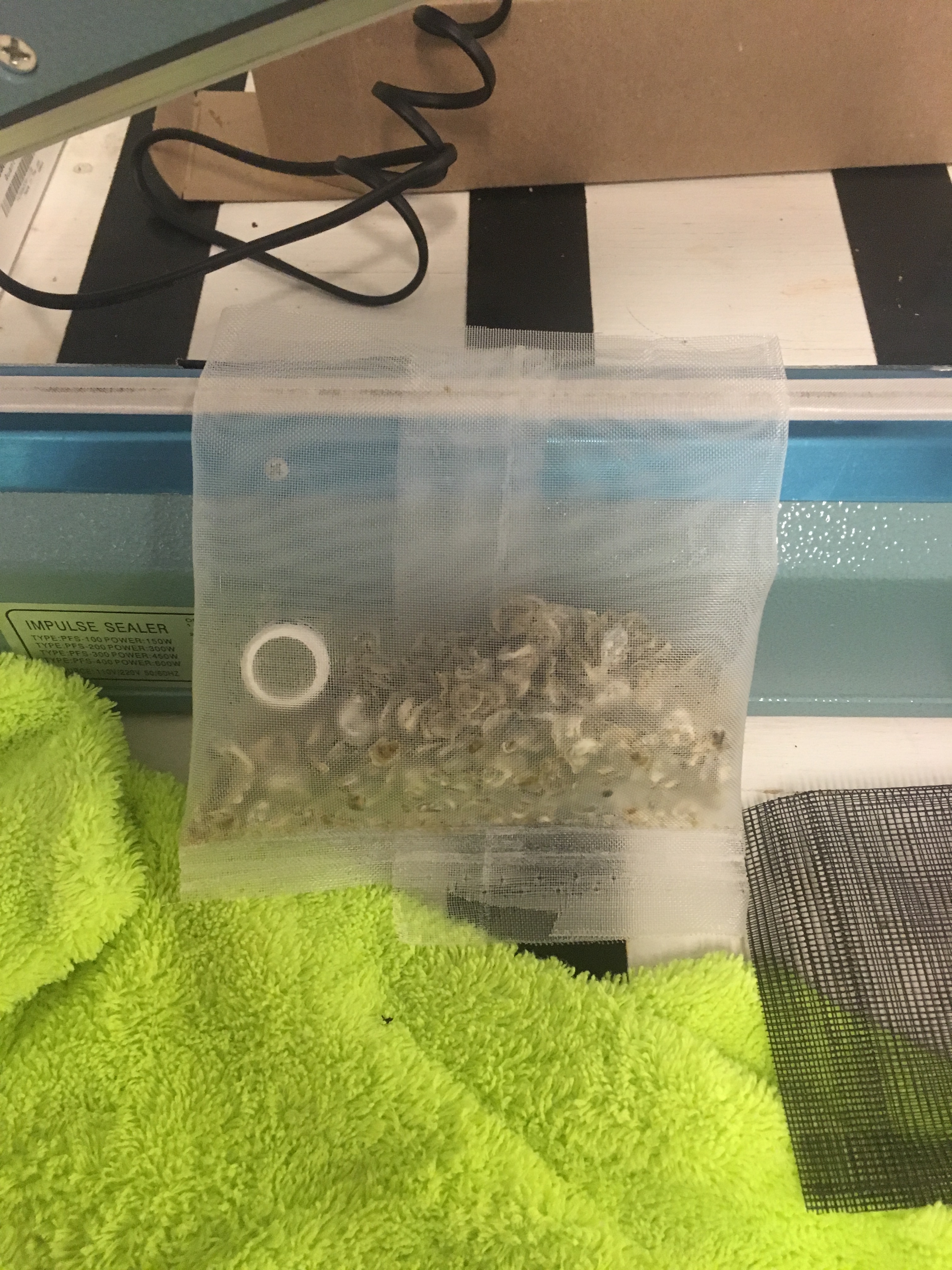 There are 3 cages already hanging off the dock with my Oly broodstock (and a few Pacifics). I zip-tied the Oly packages to the inside of one cage, laying the most dense groups down flat. I’ll grap a photo of the setup next week when I go out to clean.