No standard operation procedure is in place to get O. angasi to reproduce in the hatchery. This makes for difficult production. There is interest to see whether a highly controlled temperature/feeding regime can successfully increase their gonad condition, which could allow for induced, synchronized spawning. If I’m lucky some of them will spawn during the conditioning phase.

On June 20th adult oysters (age ~3-5 years) from Port Stephens and Merimbula (northern and southern extent of New South Wales) arrived into the hatchery. They were acclimated to hatchery conditions in the same tank for 5 days. 25 oysters from each group were peeled off for the heat shock experiment, 20 of which were sampled for time=0 gonad condition (sampling #1).

Three temperatures are being tested: 18C (control), 21C, and 24C, 4 tanks per temperature, 2 per oyster source. In each tank is 12 oysters, and each tank has a separate programmable heater. Beginning June 26 temperatures were slowly raised to the treatment temps. The tanks are 200L with static filtered seawater (filtered to 1um), aerated, and water changed every other day. Oysters are suspended in mesh bags on the side of the tanks and fed ad libitum a ~50%-50% mix of diatom (C. muelleri) and flagellate (Tiso or Pav) - food rations are being recorded, and has been ~10-20L per tank per day, from algae that is 1-2M cells/mL.

On water change days oysters are removed from tank, rinsed with fresh water, checked for mortality, and held for ~1-2 hours out of tank during cleaning. This exposure is deliberate, as I have noticed that O. lurida frequently spawned after cleanings. I am using 2 tanks per oyster bag, so that I can fill new tanks 1-2 days prior to the water change, allow the water to warm to room temperature, and maintain a consistent temperature for the oysters. The old water is drained over a 80um-100um screen to check for released larvae or eggs.

Sampling 2: conditioning for 2 weeks at temp

On July 16th, 3 weeks after beginning the conditioning trial and 2 full weeks minimum of treatment temp, I sampled half the oysters from all tanks (n=6 per tank, n=12 per source, n=24 per temperature). Whole weight after shucking/draining, and shell weight were collected to estimate condition index. Tissues sampled included:

Oysters were also imaged prior to sampling and checked for brooded larvae/embroys. 1 oyster was brooding embryos - Merimbula 24C (tank 1).

Sampling #3: conditionin for 4 weeks at temp

On July 30th, the remaining oysters were sampled. The same method was used as in Sampling #2, with oe exception: adductor was preserved in ethanol, and no separate gut/gonad compex was preserved. All oysters looked very well conditioned (fat). 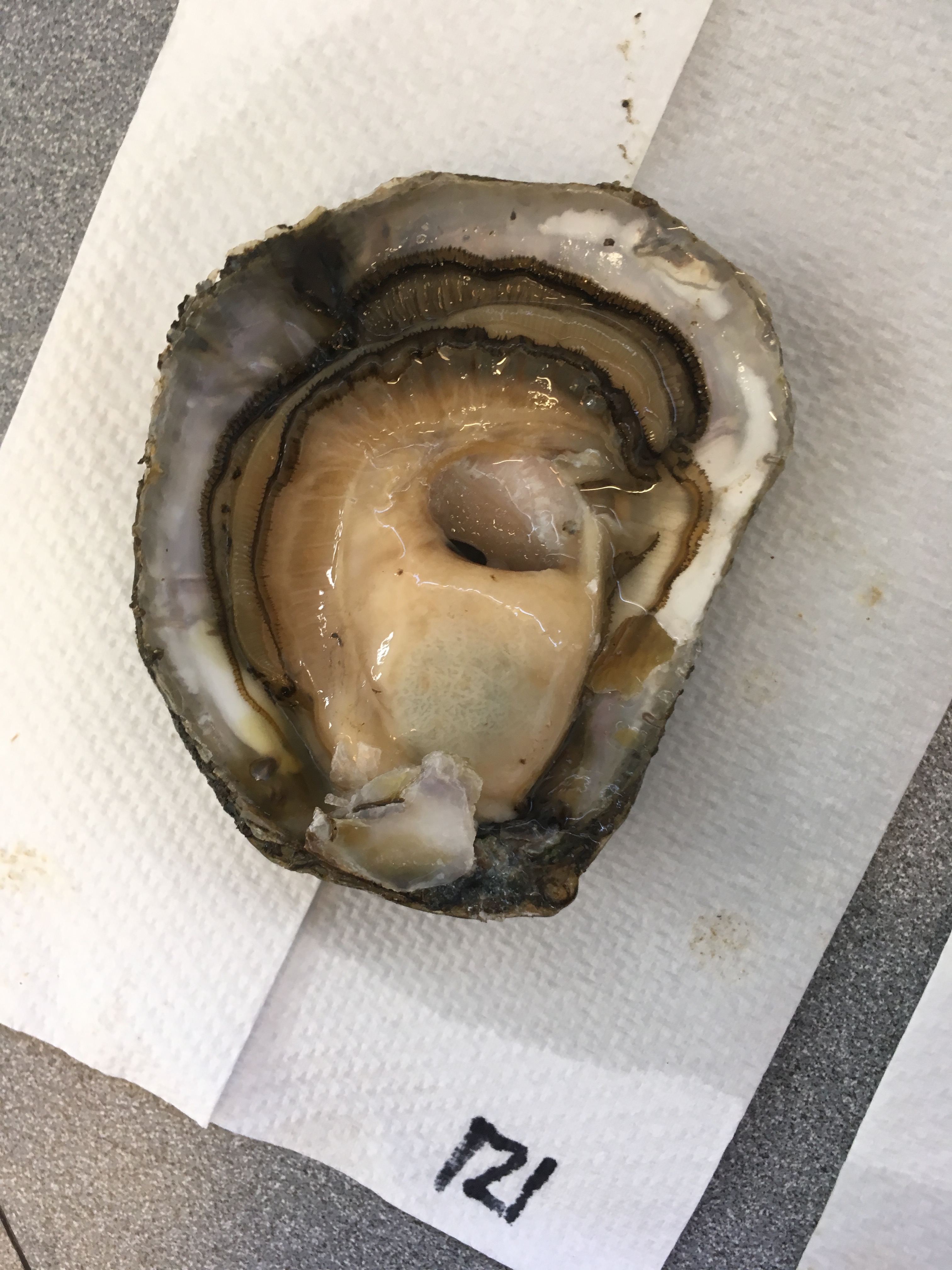 Some tank temperatures during conditioning 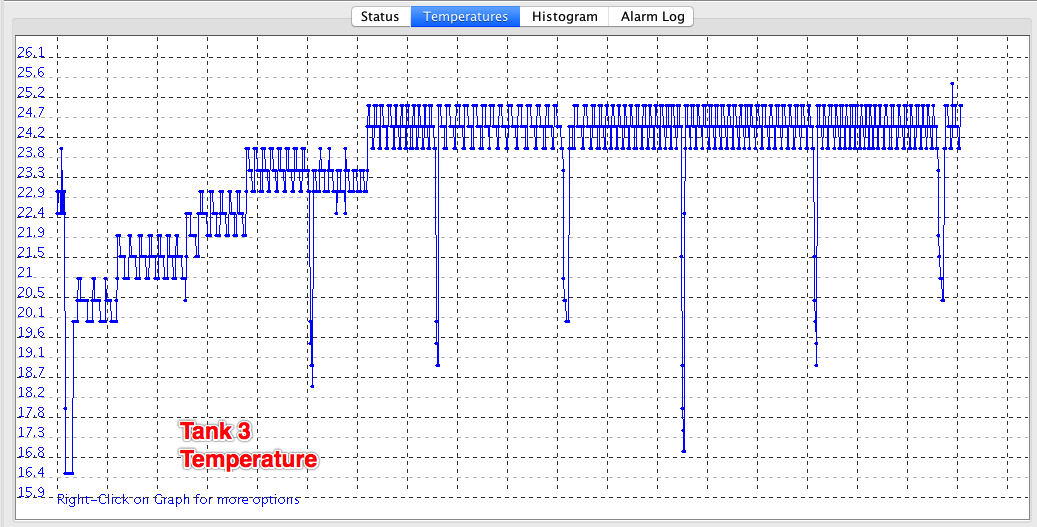 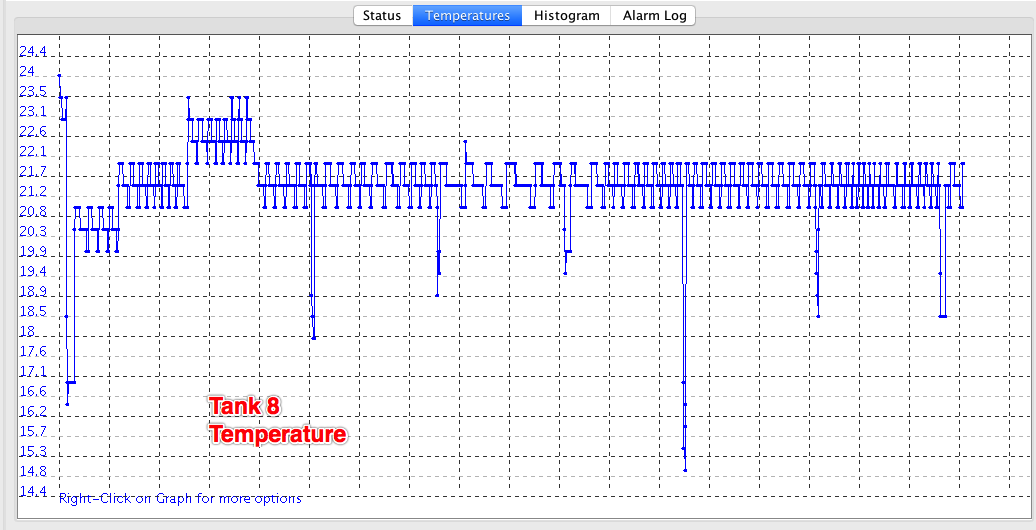 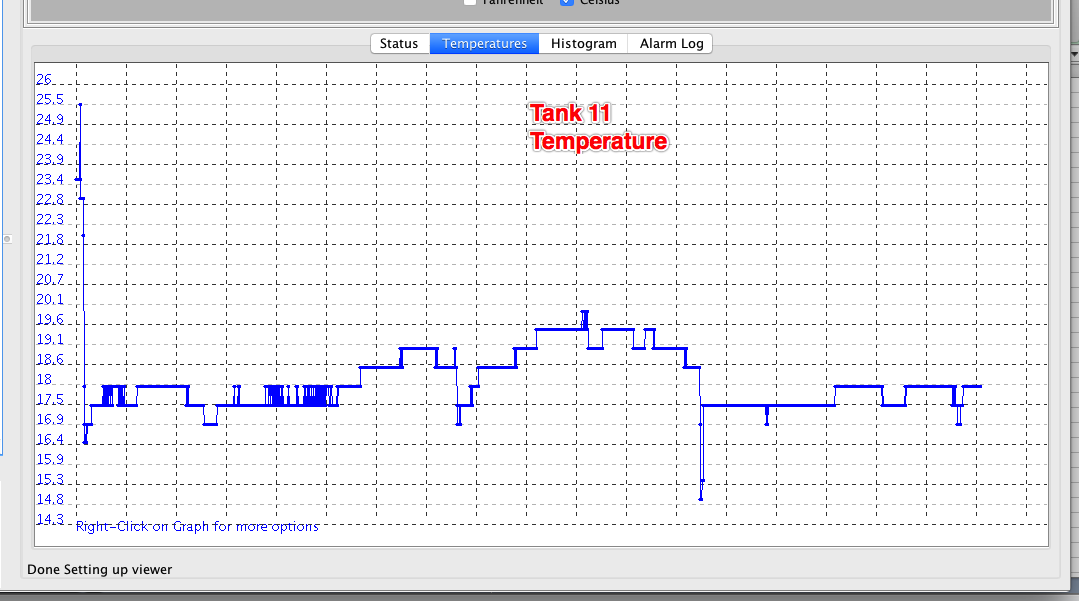 Encouragingly, I collected some larvae during the conditioning experiment. The following Day# indicates number of days after all tanks reached treatment temps. Reminder, there were 12 oysters/tank through day 14 (24 per population / treatment), then 6 per tank after that. 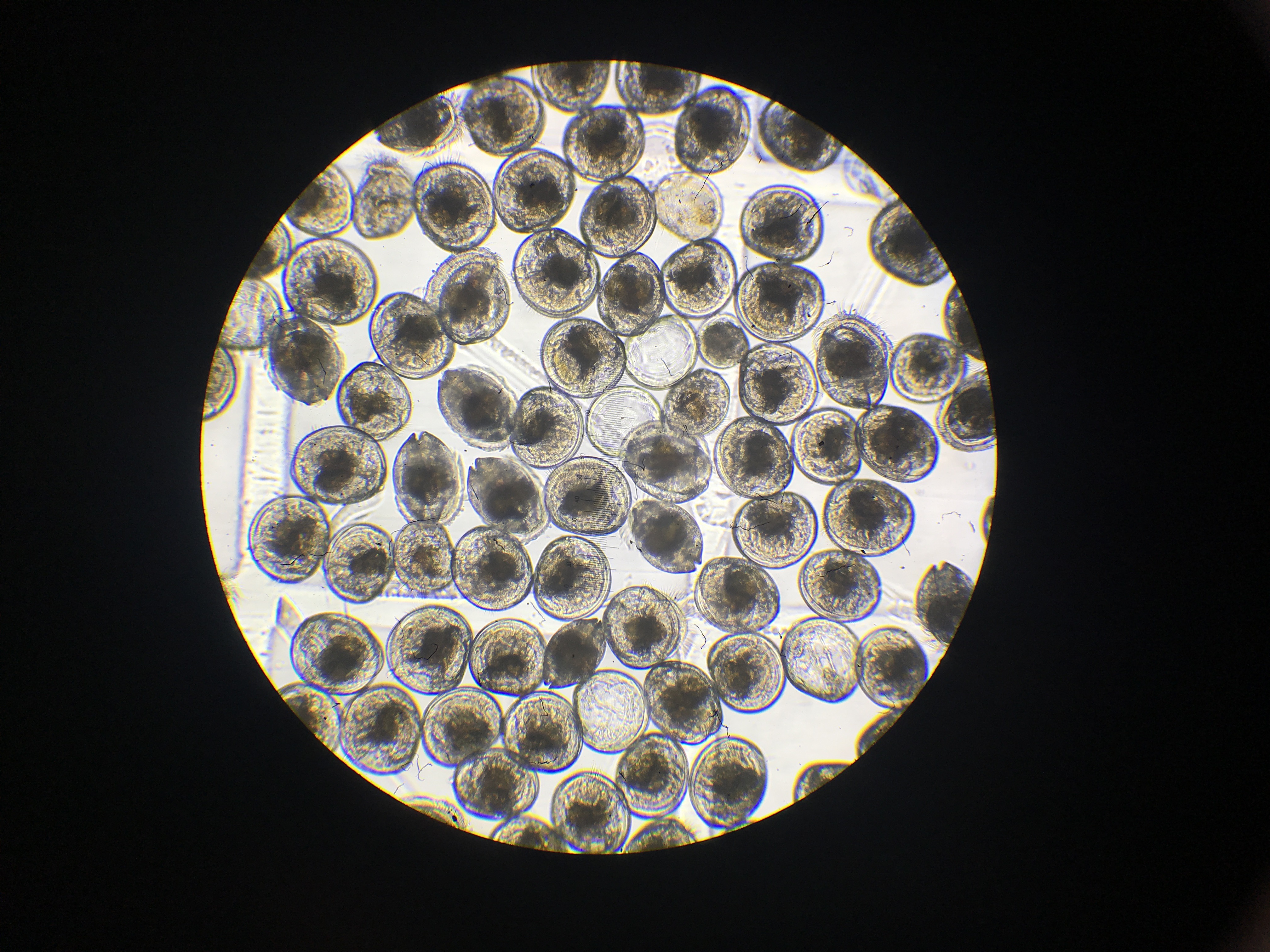 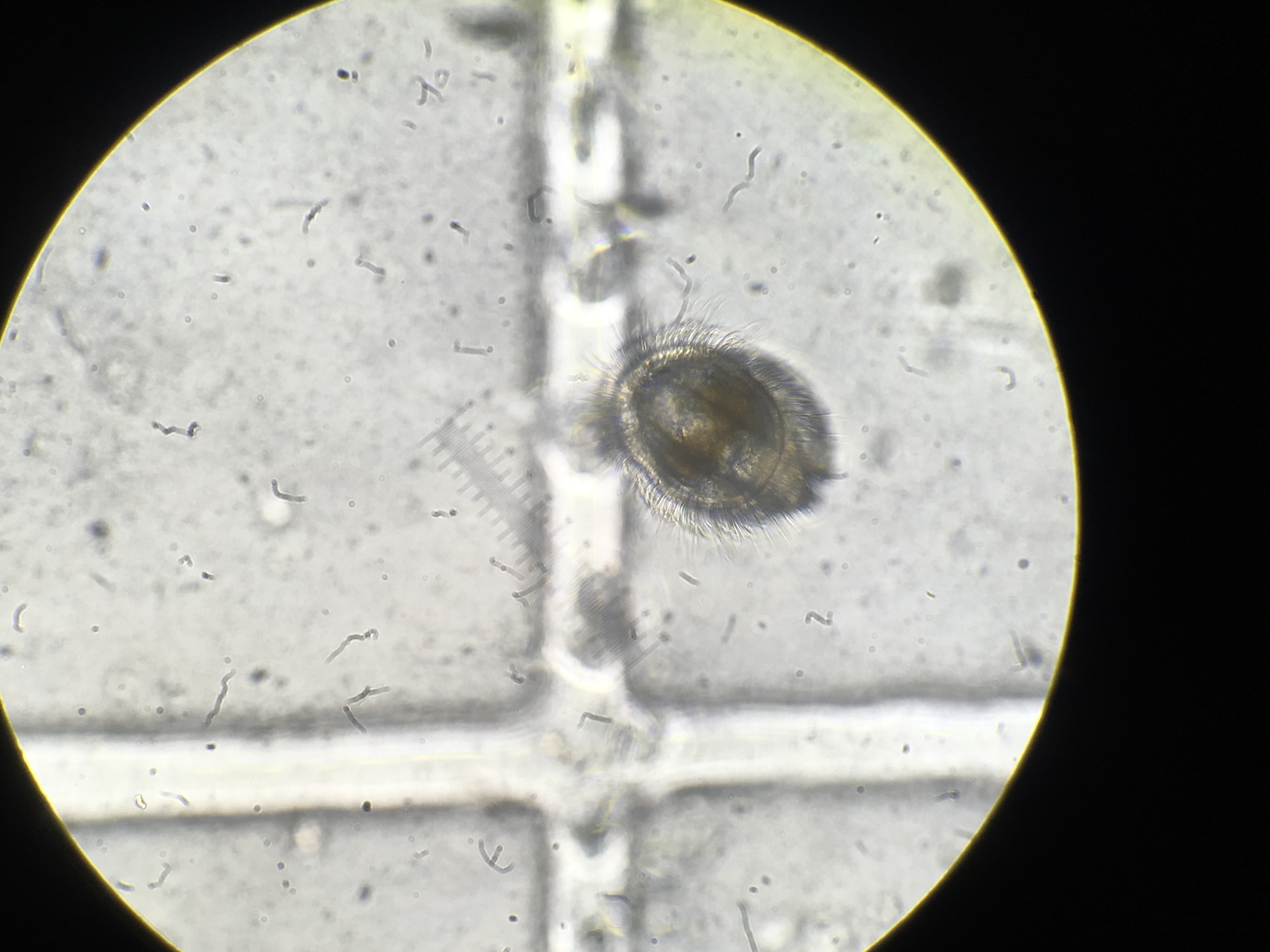