I spoke with Katherine last week about combining QuantSeq data from the previous run and the upcoming run. She advised (and I agreed) that it’s optimal for me to re-run those samples. The kits have changed slightly, in addition to me not DNasing the samples previously, her prepping the libraries etc. I have RNA in the -80, so I’m going to catch them up to the other samples today by Turbo DNasing them, and including in the qPCR re-do. Samples are: 34, 35, 37, 39, 41, 44, 45, 47.

Today we received a new set of Actin primers that Sam had previously used to check for gDNA contamination. I tested them on one of my larval DNA samples, and voila! My positive control amplified, and the curves appear as expected. 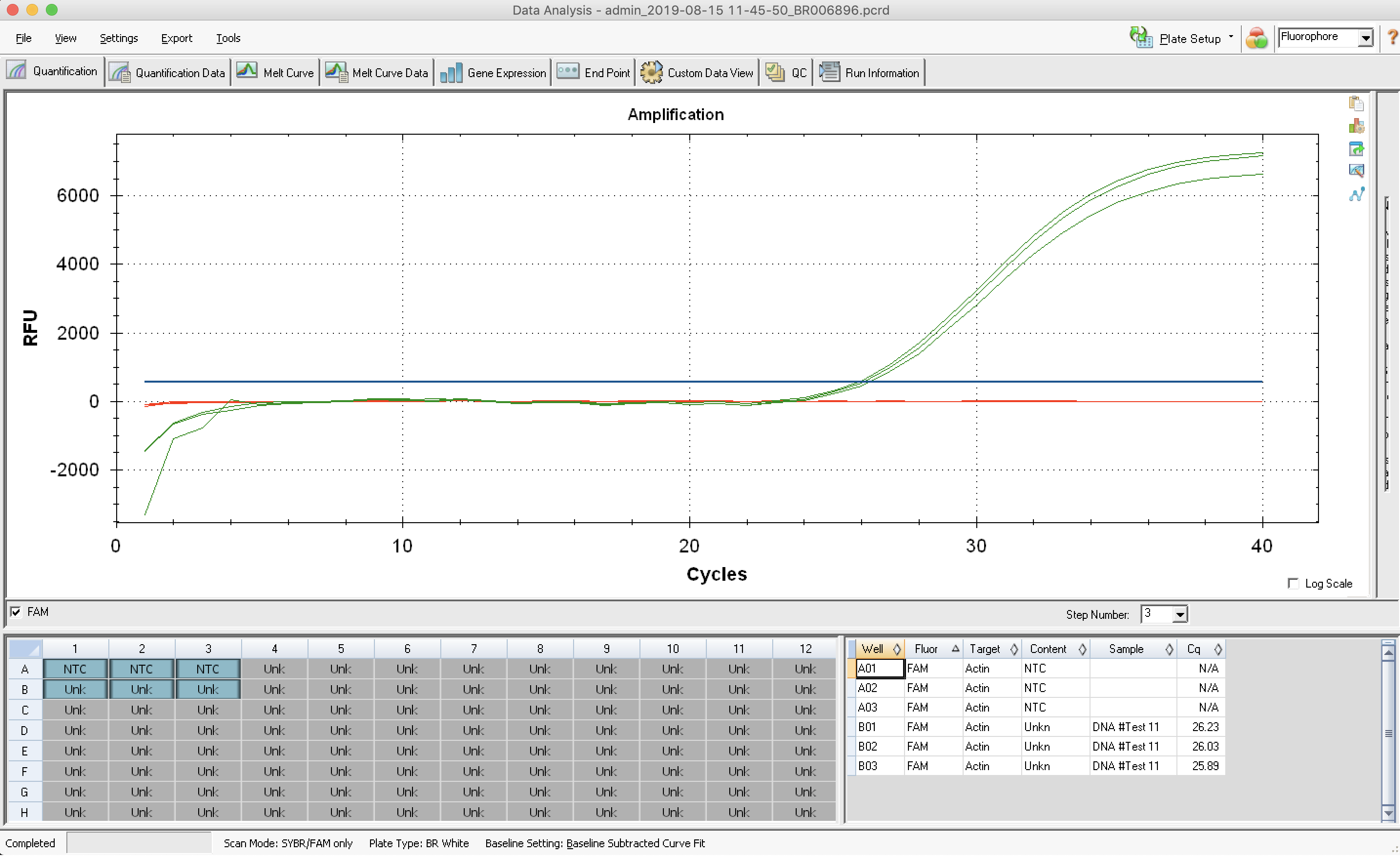 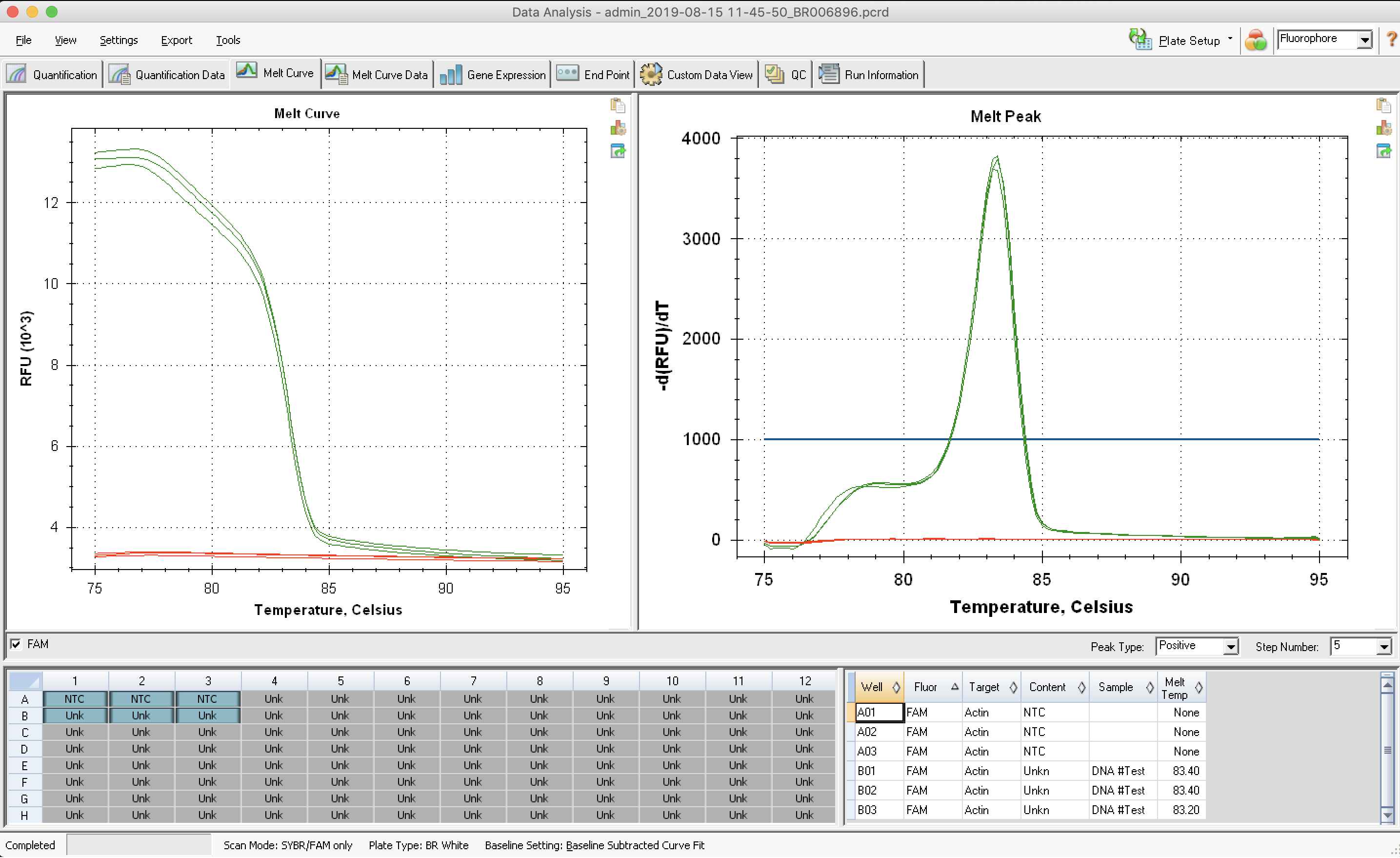 Rather than re-doing ALL samples, I did a sub-set, as I’d like to avoid more thawing/freezing cycles. Oddly, the + control didn’t amplify again with this new primer set. 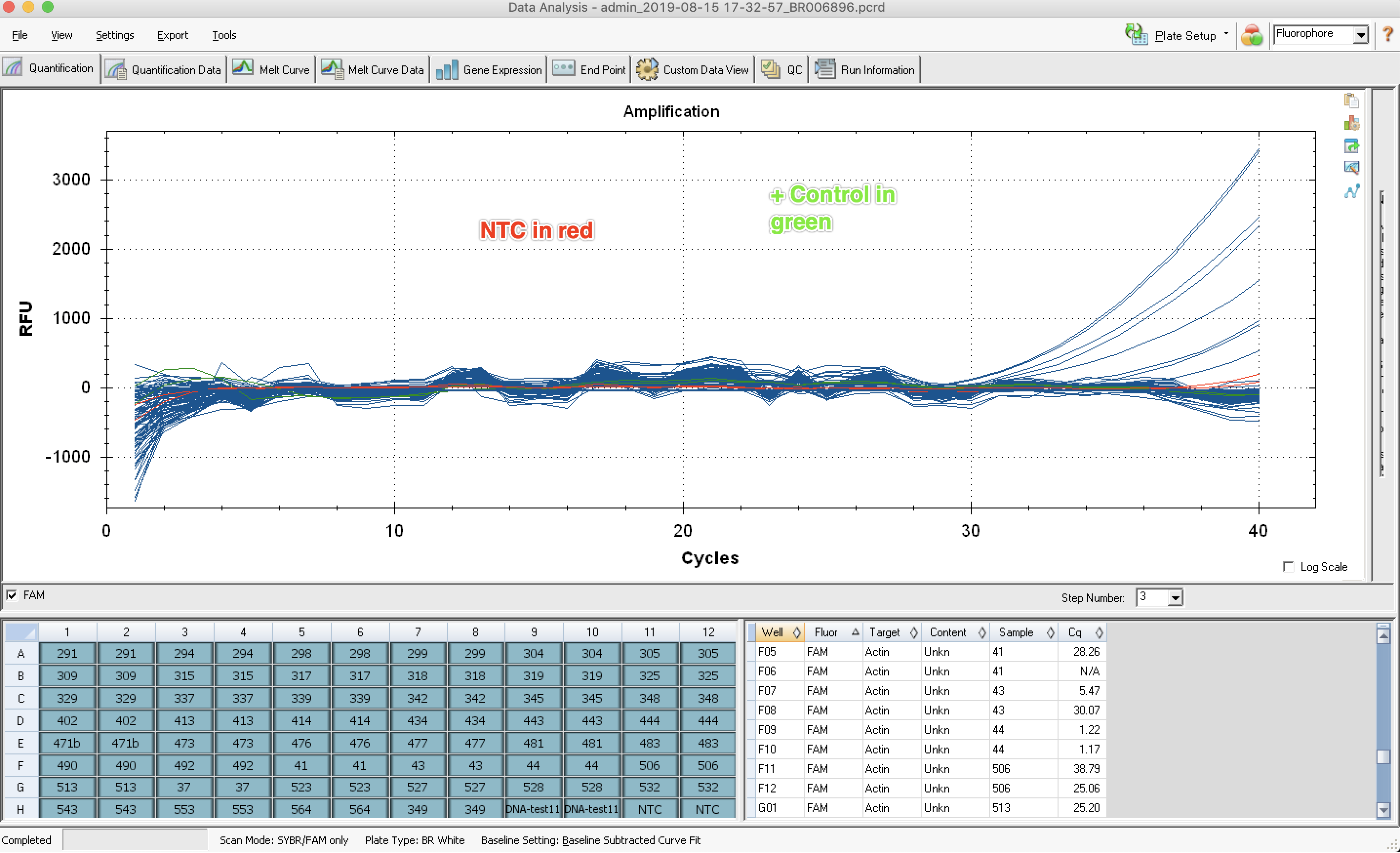 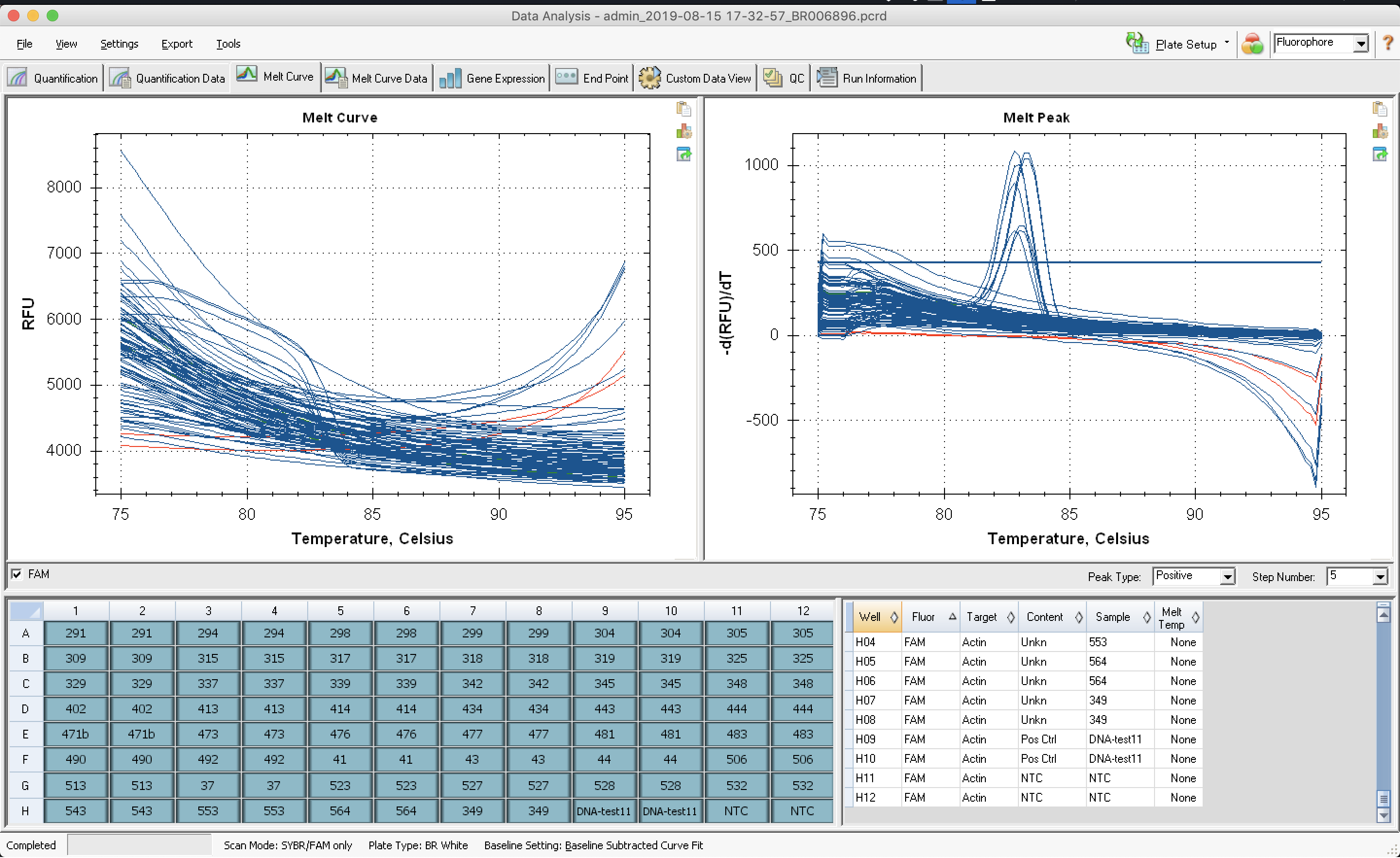 I discussed the issue with Steven and Sam. Since I did in fact DNase all my samples, I shall move ahead with the RNA concenrating and quality checking.

In addition to re-running qPCR on 42 samples, I also measured [RNA] for samples that I had not yet quantified due to running out of Qubit tubes. The samples that I did qPCR on were mostly those that also needed quantifying (to minimize freeze/thaw), however I also did some other samples to include a random assortment.