The last two rounds of qPCR I did to test for DNA contamination (Rounds III & IV) had some odd results - melt curves showed some samples’ RFU to increase at high temp. I conferred with Sam and he agreed that I should re-do the last 2 runs. Also, suggested looking at the amplification curves. Turns out that none of my runs resulted in the positive control (my DNA from larvae) amplifying. Some points from Sam: “Regarding your lack of amplification of your positive control. This is most likely due to the presence of introns in the gDNA. I’m guessing the primers were designed off of mRNA, since they were being used to evaluate gene expression, and mRNA doesn’t have introns. The presence of introns in gDNA usually is a problem in qPCRs because the size of the gDNA that falls between the two primer annealing regions is too large to be amplified in the time frame used for qPCR. The solution is to find an existing primer set that is known to amplify gDNA during qPCR (amplicon size <200bp).”

One primer that Sam successfully used before is gone, so I’m testing 3 other primer sets that were ordered at the same time to find one that could work. To test, I’m running 3 positive controls, and 3 no template controls for each primer. I’m testing those outlined in blue, below:

Gone but worked in past:

For each of the primer sets , I diluted 1 uL of the FWD and REV into 9 uL, then created mastermixes using these calcs:

I used larval DNA sample 2a as my positive control.

Again, some odd results. I’m starting to wonder whether I’m doing something incorrectly. Or, perhaps my positive control samples are the issue. I have used 4 different DNA samples, all isolated from larvae in March 2018. They have been frozen in the -20 since (should have been in the -80 :/ ).

(somehow ran out of EF1a master mix, so only did 2 NTC. maybe pipetting error.) 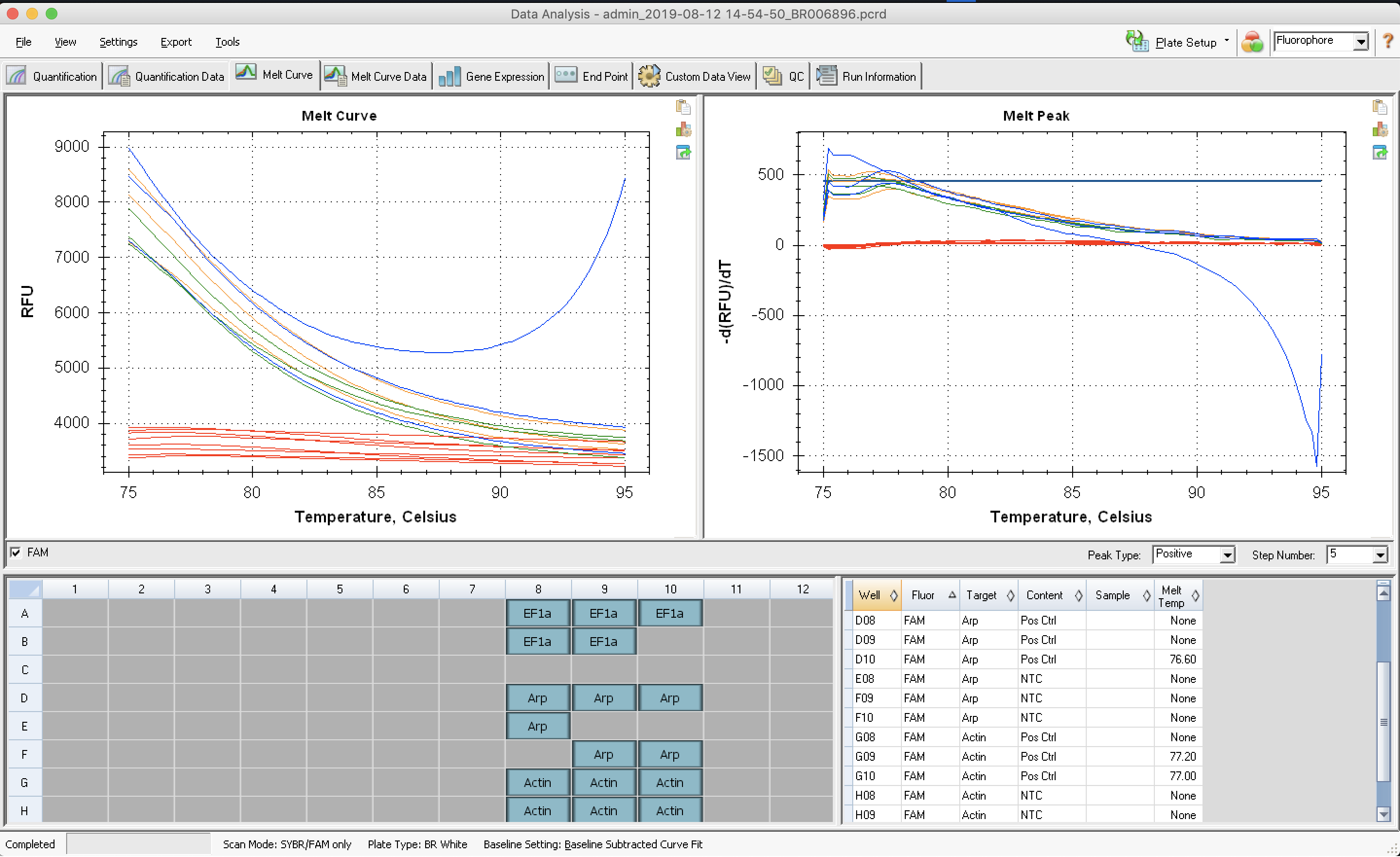 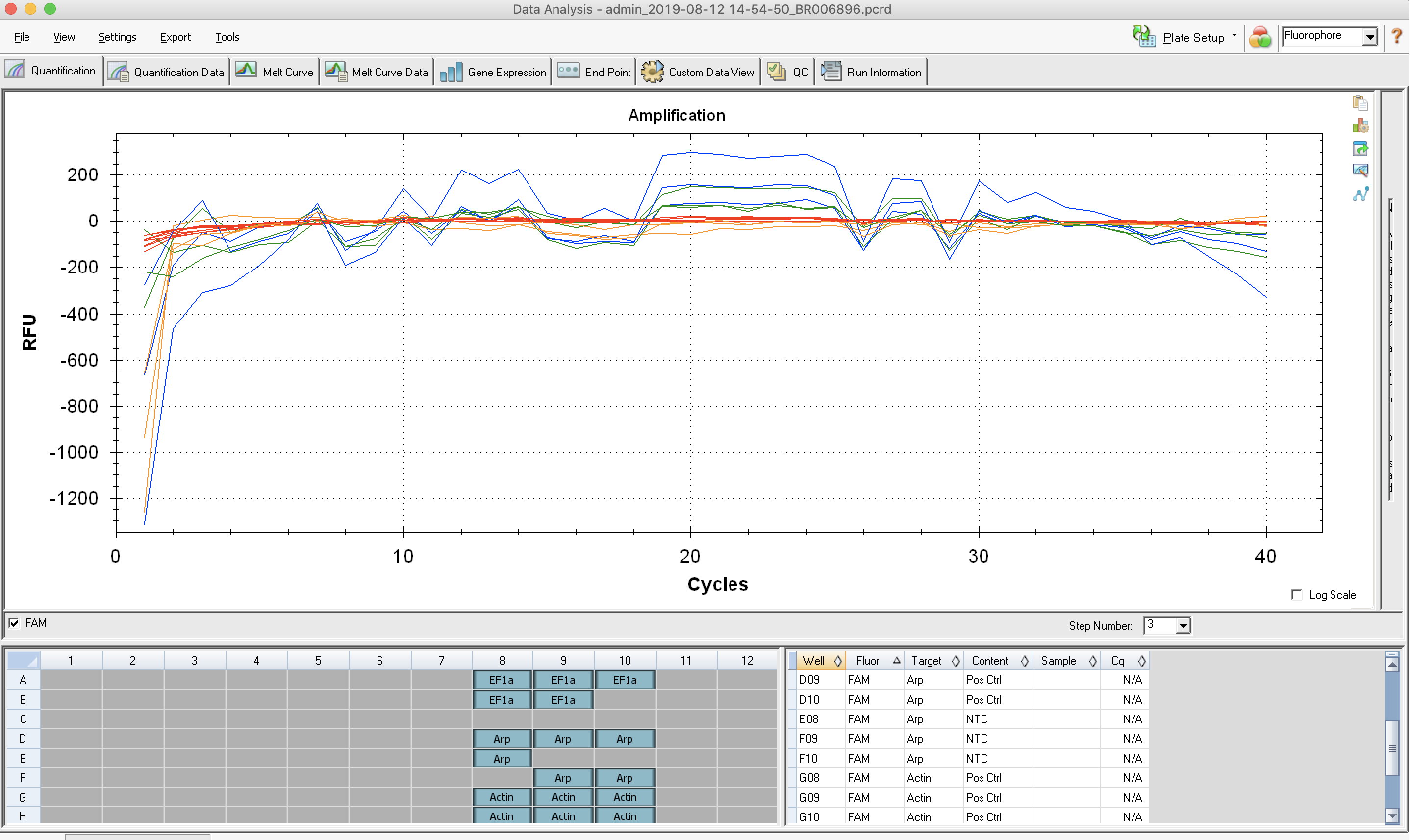